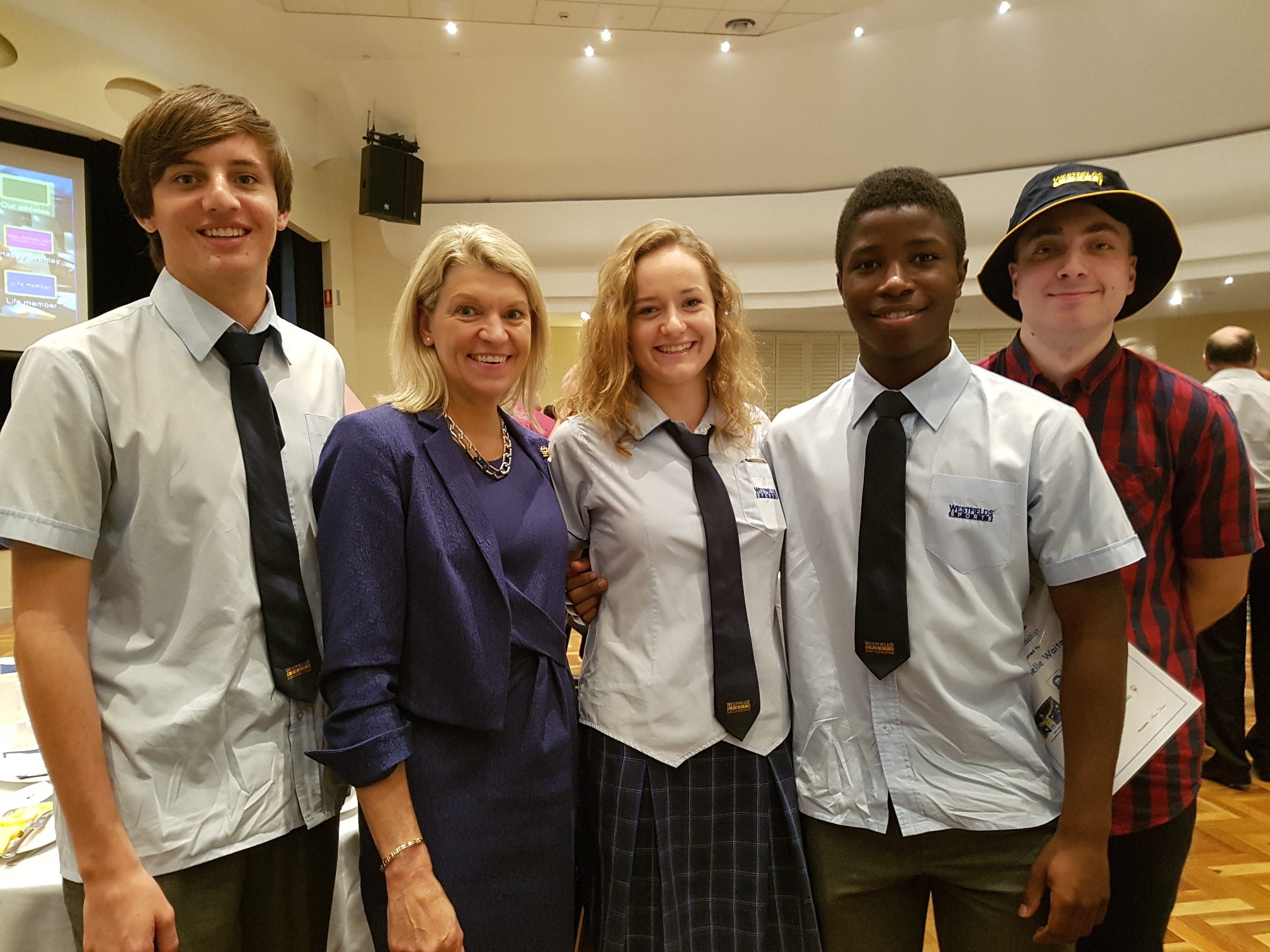 The 2016 Annual Westfields Athletics Club Presentation Night attracted two very special guests. The first of whom was Australia's Chef de Mission of the 2016 Rio Olympics Kitty Chiller. Kitty had graciously responded to our invitation and fit us into her busy schedule. A former World ranked Pentathlete, Kitty gave an inspirational speech and graciously stayed the entire night to be part of the presentations. The second guest was former Westfields student and NRL great Corey Payne. Corey had just weeks earlier been appointed as the Penrith Panthers CEO. Corey also gave an inspirational speech and stayed for the entire evening.

Athletes of the year

Junior Male Athlete of the year

Junior Female Athlete of the year

Male Athlete of the Year

Female Athlete of the Year

Thank you to our sponsors:

Return to top of page

We would like to pay our respects and acknowledge the traditional custodians of the land, the Cabrogal people of the Darug Nation, and also pay respect to Elders both past and present.

Copyright for this website is owned by the State of New South Wales through the Department of Education. For more information go to http://www.dec.nsw.gov.au/footer/copyright.